Tom Burridge in Barcelona says the drive towards independence has ''gathered pace'' Continue reading the main story Catalonia's Future Nationalists in the Spanish region of Catalonia are set to win in regional elections, exit polls suggest. TV3 said the party of Catalan President Artur Mas could secure up to 57 seats - far short of an absolute majority. The nationalists want to hold a referendum on whether the region should break away from the rest of Spain. Madrid says Catalan nationalists are looking for excuses after nearly running out of money, with Spain hit hard by the eurozone crisis. Catalan President Artur Mas called early elections amid a funding row with the central government; it says he is trying to exploit the economic crisis. European membership? Mr Mas says the wealthy and influential north-eastern region gets a raw funding deal from the central government. His centre-right Catalan Nationalist Coalition (CiU) had hopes for a majority in the regional parliament. Map of Catalonia in Spain His party argues a Catalan state would fare better as a member of the EU than a province of Spain. The European flag has been prominent at his campaign rallies, and he says an independent Catalonia would quickly gain membership of the 27-member bloc. The CiU ousted the Socialist party in elections in November 2010. With 135 parliamentary seats available, Mr Mas knows that if he is to pursue his dream of an independent Catalonia, he will need a clear mandate from voters, says the BBC's Tom Burridge, in Barcelona. If not, Mr Mas will have to rely on the support of smaller pro-independence parties, our correspondent says. Even then, the road to independence is far from straightforward. A referendum would be illegal under the current Spanish constitution, and Spain's ruling Popular Party is likely to block any attempts for constitutional change. Other parties, such as the nationalist Ciutadans, the Popular Party of Catalonia the Socialist Party of Catalonia are all opposed to Catalonia's independence bid. Are you in Catalonia? Will you be voting? What do you think about the issue of independence? Please send us your views, using the form below.
Publicat per miquel àngel a diumenge, de novembre 25, 2012

Thanks a million and please keep up the
gratifying work.

Look into my blog..

Thank you for sharing the info

Information really really help me, because really as I hope to be found .. hopefully your future can provide more knowledge and useful info like this, thank you friends .. hope you always the spirit ...

Lots of information and benefits that I can take from your writing.
I hope that in the future it will get even better and better, so that everyone can get a lot of information here.

Lots of information and benefits that I can take from your writing.
I hope that in the future it will get even better and better, so that everyone can get a lot of information here. 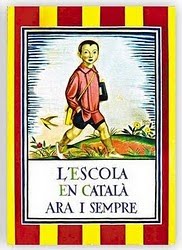